NANDroid is a fairly simple noisebox synth based loosely on a module I built for my hardware Lunetta-style modular (TrigPulser). The original circuit is nothing all that special, but it is good at making fun noises. The basic idea is four squarewave oscillators feeding NAND gates, with those gates then feeding another gate.

There are some similarities between this and the TrigPulser section of my “Loid’s Cousin” ensemble for Reaktor, because they’re based on the same circuit, but NANDroid takes the idea in a slightly different direction with stuff like LFO’s and a filter.

FSA plugins made with SynthEdit make use of modules from the following developers:

VST and VST3 are trademarks of Steinberg Media Technologies AG 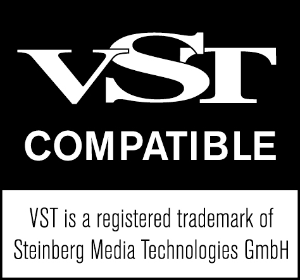