The FSA website is back online after a hacking incident. Due to my own negligence, the most recent backup was missing pretty much everything since getting the site back online the first time. The actual content was/is on my PC, so it’s really only news posts that got lost. I think everything that was here before is back, and then some.

The biggest news that’s missing is releases from my musical projects, and there’s been quite a few. Here’s some links to catch you up:

See the main SC site for further news on remixes, collabs, and other stuff that happened over the last year or so.

Fugue State releases on Degenerate Trifecta: there has been a digital EP and a split with Mrs. Dink on cassette/digital, which I’m very excited about. 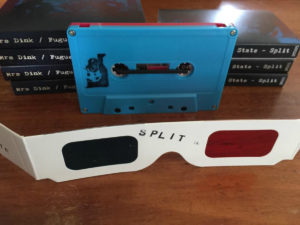 In other news, Fugue State Audio is now on the blockchain. I have started posting on Steemit, and have uploaded a bunch of stuff from the backcatalog on Musicoin.org and Dsound, which is a sort of SoundCloud-alike linked to the Steemit platform. I haven’t completely decided to ditch everything else in favor of these yet, but I will be focusing more on these from here on out.