In this video, I use a pair of loop recorders to create a different type of feedback loop. This is meant to show a concept rather than be only a straight tutorial, though the video does show you one way to do it in Reaper using a plug-in called Mobius (link below).

Welcome to the latest episode of Monday Night Noise Sessions! In honor of the binary nature of the number 010, this session uses my Lunetta-style (CMOS-based) modular synth as the only sound source, though there is plenty of processing going on.

In this edition of Obscure Audio Software, we’ll be taking a look at a free and open-source loop machine called Giada that is available for Windows, Mac, and Linux called Giada. The developers call it “your hardcore loop machine” and describe it as “a free, minimal, hardcore audio tool for DJs, live performers and electronic musicians”.

A little something created with an Android app:

Just a little ditty I put together for fun in the Nanoloop app for Android. Uses only the synths, though Nanoloop can also use samples. If you’re not familiar, it’s a relatively simple (but fun) tracker-type sequencer with built-in synths and a sampler and a chiptune feel (it started as a GameBoy thing).

Welcome to the latest episode of Monday Night Noise Sessions! Back to no drums again for this one. Lots of feedback action in this one, from both hardware and software. I think some of the coolest sounds in this one come from the VSTi that is shown on-screen, Glitch One MB from DashSignature (which seems to be no longer available, unfortuneately).

Thanks to @falseyedols on Steemit, I learned of a WordPress plug-in called Steempress, which lets you publish WP posts to the Steem blockchain. While I test this plug-in, I thought I would also share my thoughts so far about Steemit in general.

It was frustration with Facebook that got me looking elsewhere. Steemit may not be a replacement for FB in terms of specific features and functions, but at least it actually works most of the time, unlike FB. It doesn’t hide posts from people I follow, unlike FB. I’m also very much into the decentralization thing.

Beside all of that though, I really like the sense of community and support. It has definitely helped to renew my motivation. I’ve also made some new friends and found some great music, shouts out to @nothingbutdirt and @atomcollector for helping greatly with both of those.

It may not be perfect, but I definitely think Steemit is a step in the right direction. It’s also still pretty new, so I’m very curious to see where it might go from here. 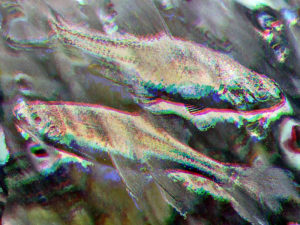 Some sound design fun with reverb and distortion – Steemit

In this video, I go over a sound design trick with reverb and distortion. Though I’m using Reaper here, you can do… by fstateaudio

Welcome to the latest episode of Monday Night Noise Sessions! This is sort of a second take of MNNS 006, using a very similar setup, including de la Mancha’s Erratic drum plug-in. This one also throws in an Android app called Granular and swaps out Buffer Synth 2 for a MIDI-controlled comb filter effect from Mutagene called Mukoco.

Audio Freeware Feature: Full Bucket Music Mono/Fury (Win/Mac, VSTi/AU) This is the first in a new series of articles I’ll be doing on various freeware audio programs, which I plan to do once per month in place of a second “Obscure Audio Software” article.

Audio demo referenced in the article: